Hippocrates used coal tar has in ancient times and Dioscorides, a Greek pharmacologist and physician used it for skin conditions more than 200 years ago. In 1866 William Valentine Wright created an antiseptic soap containing coal tar, known as Wright’s Coal Tar Soap. It is still available today.

In 1895 Moritz Kaposi described coal tar as an important part of his pharmacopoeia. Kaposi worked at the University of Vienna Medical School, where more than a 100 years later Linotar/Exorex was tested against a Vitamin D derivative and found to be equally effective in treating psoriasis. Linotar Gel  was first introduced  in South Africa when it was registered with the Medicines Control Council and it was the first new generation,  cosmetically  acceptable coal tar product with an improved efficacy (3,4,5,6).

Since then it has also been registered in a number of countries through a network of marketing partners. In the USA, Canada, the United Kingdom, Holland, Singapore Greece  and Austria permission to market the brand as Exorex was granted by the relevant regulatory authorities. In Australia both brand names exist.

A number of international clinical studies have testified to the efficacy of Linotar™/Exorex™ and it is prudent to quote the editor of the Journal of Dermatological Treatment (3) when  he referred to the value of products that have stood the test of time and called them “ tried and trusted” friends .

He said ” Coal tar is one such old friend that is at risk of becoming distinctly unfashionable in the era of biologics, but I would suggest that we ignore it at our peril. It has the benefit of a long safety record and many patients have used it to good effect over many years. Thus well-performed clinical research into the use of coal tar is welcome. In this issue, Goodfield and colleagues report on a large , randomized multi-center double-blind comparison of two coal tar products used for 12 weeks. Psoriasis improved significantly in both study groups with 40-49% reporting moderate or marked improvement and a few clearing completely.”  He further stated that:” It is perhaps surprising that the 1% tar preparation (Exorex/Linotar) was as or more effective than a 5% formulation, and the authors speculate that the vehicle*  may play a role”

*a patented drug delivery system with the ability to entrap, transport and deliver pharmacologically active compounds, trade marked as Emzaloid™ 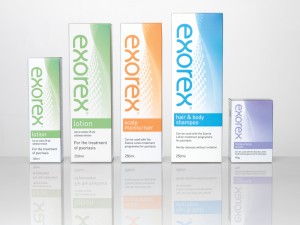 A series of clinical studies have found Linotar/Exorex to be more effective than standard coal tar and as effective as vitamin D derivatives.3,4,5,6

In addition to Linotar Gel, the Lino-Treatment regime comprises LinoCream and Linoscalp, two moisturisers that have been developed to augment the effect of Linotar Gel and provide effective moisturisation to help restore a viable epidermal barrier.

Click here for more information on the Lino-Range treatment method

Linotar is marketed by Glenmark Pharmaceuticals in South Africa. For further information contact Glenmark at  +27 (0) 11 564 3900 or go to  www.glenmarkpharma.co.za